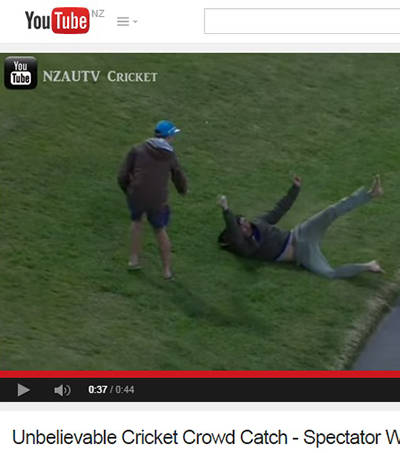 Andrew McColloch is $5000 richer and slightly famous after his incredible one-handed catch at a Twenty20 cricket match went viral.

Michael Bracewell hit a six in the match between Otago Volts and Wellington Firebirds, and spectator Andrew McCulloch was there to take the catch.

The story has been reported on major sport websites worldwide, including BBC, ESPN and FoxSports.

The video on YouTube has over a million views.

Original story on The Telegraph.