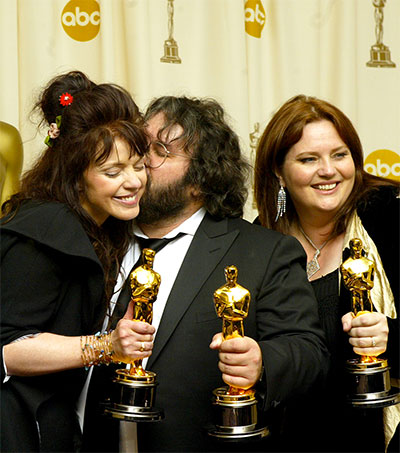 “To make a good film,” Alfred Hitchcock once said, “you need three things: the script, the script, and the script.” Yet while it’s easy to find (and argue over) lists of the greatest films ever, it’s difficult to find a list of the greatest screenwriters. New York magazine’s entertainment website Vulture polled more than 40 of today’s top screenwriters on which of their predecessors (and contemporaries) they consider to be the best. The top 100 list includes Peter Jackson, Philippa Boyens, Fran Walsh and Jane Campion who come in ahead of Hollywood giants, Martin Scorsese and Lars Von Trier.

“It’s still totally insane that anyone made a movie – let alone six movies – based on J.R.R. Tolkien’s books,” the site says.

“The key – the only way New Line knew it could work – was the meticulous, intricate screenplay, written out of pure, unadulterated love. (And not just from husband-and-wife duo Jackson and Walsh.) What they produced ultimately feels as magical as the worlds it created.

“‘I rewatch the Lord of the Rings trilogy every year and love it differently each time,” Kumail Nanjiani says. ‘The sincerity, the scale, the blinding skill required in juggling hundreds of characters and hundreds of stories. It’s a singular achievement in screenwriting.’”

“‘Jane is on this list for how she can connect you to a character in an intimate way,’ Sofia Coppola says.”