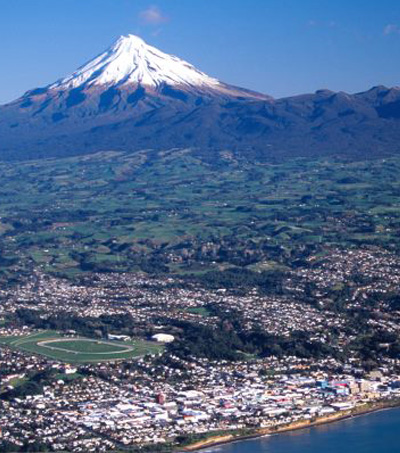 Just before the kick-off of the FIFA U-20 World Cup in New Zealand, New Plymouth hosted a range of football related events.

17 year-old Hay juggled a ball non-stop with his feet, legs and head 5,160 times without it touching the ground. He was awarded a scholarship to a prestigious school for his footballing talent after his performance.

“When I reached a thousand, a crowd appeared … and when I hit the 5000 mark, the crowd went crazy. I was exhausted after it and I couldn’t have done it without mates”, said Hay.

People are being encouraged to engage with the upcoming World Cup. The specially set up Fever Pitch fan zone, open from May 28 until June 11; will host competitions and live entertainment on match days.

New Plymouth is one of New Zealand’s seven host cities for the FIFA tournament which kicks off in Auckland on May 30, 2015 and is a magical place to enjoy the upcoming football matches with its stunning snow-capped Mt Taranaki overlooking the Tasman Sea.

The FIFA U-20 tournament is proceeding in the face of a recent FIFA corruption scandal in Zurich.