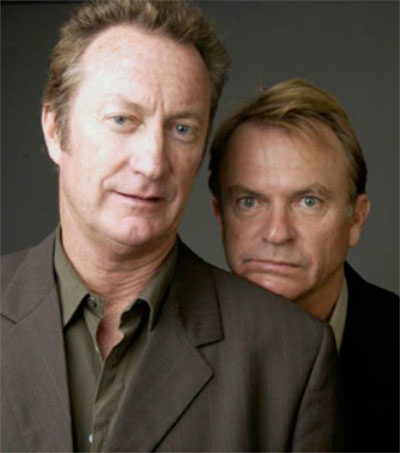 The TV drama is described as “a kind of buddy series crossed with hard-nosed thriller, and with just a touch of New Tricks tossed in”, according to the Australian’s Graeme Blundell.

“There’s also the slightest whiff of that late-60s television series starring Robert Wagner, It Takes a Thief, itself inspired by the 1955 Cary Grant movie directed by Alfred Hitchcock, inspired by the notion that it takes a crook to catch one.

“Neill’s ted McCabe, a retired cop, and Brown’s Lennie Cahill, a retired safecracker, get together to solve crimes and unravel scams, chasing around the fringes of society to make some much-needed cash while avoiding the ire of both the underworld and the police.

“Directed by Gregor Jordan, with all the required action thriller tropes in place, his two stars bring a wonderful laconic humour to the frantic shenanigans.”

Original article by Graeme Blundell, The Australian, May 23, 2013.