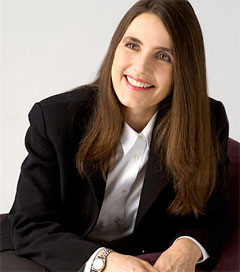 Victoria University-educated Geraldine McBride, founder and chief executive of software company MyWave, has been appointed director of National Australia Bank (NAB) and will join the board in March.

McBride’s appointment is a clear demonstration of the crucial nature of a technology overhaul that forms the lion’s share of what NAB’s chief executive Cameron Clyne has called a decade-long, total banking transformation, according to the Financial Review.

McBride is a former president of global software company Systems, Applications and Products in Data Processing (SAP) in North America. She also held executive roles at SAP in Japan and the broader Asia Pacific region, including Australia as well as senior roles with technology giants Dell and IBM.

Speaking to the Otago Daily Times in 2012, McBride credited part of her success to her New Zealand upbringing, and said the country produced “disobedient thinkers” because of its isolation.

“New Zealand has embraced technology because of how isolated the country is,” she said.