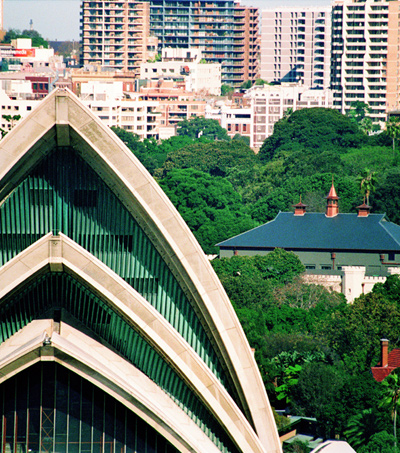 A high-level group of Australian business leaders charged with formulating a “unified and strategic representation of Australia’s capabilities” has referenced New Zealand’s international performance and perception.

According to AFR Boss Deputy Editor Patrick Durkin in an article “How Twiggy built an all-star team to sell Australia to the world”, the West Australian resources billionaire Andrew Forrest “had become increasingly frustrated walking down “China’s supermarket aisles and never picking out the Australian products”, compared with New Zealand’s “Pure” branding or Britain’s use of “Great” and distinctive Union Jack colours.”

After campaigning for action, Forrest was given approval from the government to work with Austrade and push ahead with the project, Australia’s Nation Brand, with Forrest at the helm as chairman of the new Nation Brand Advisory Council.

Durkin reports that “Insiders working on the project say Australia has been rated highly for its people, barbecues and beaches, but not recognised for its innovation, skills or ingenuity.”

Forrest is quoted by AFR Boss as saying “The most critical issue facing Australia right now is a lack of recognition overseas because it is impacting our ability to put our kids through the best schools, our economy, our standard of living. People have to be recognised for what we do in Australia, and right now we are not.”

Some members of the panel referred to New Zealand’s nation branding efforts over the past two decades.

“In New Zealand their core principle is ‘purity’, and they take that into lots of different campaign ideas – purity of spirit, purity of tourism,” said Mike Cannon-Brookes, co-founder of Atlassian, the global enterprise software company. “If we get this right then the magnitude of the pay-off could be huge, tens of billions of dollars in GDP. That’s a rare opportunity.”

Australia Post CEO Christine Holgate points to Australia falling to 18th in terms of ease of doing business while New Zealand is No. 1. “How can NZ be that much better than us? I don’t mind them winning the odd cricket game but they can’t take away the future jobs of this country.

“Australian values such as being trusted, resourceful, optimistic and egalitarian have emerged from the council’s initial talks,” according to the report.

Chairman Forrest says “We are very egalitarian, we are a very open society, we are very informal, but we get things done. We talk about our egalitarianism, tenacity and optimism. There is an optimistic resourcefulness with Australians. It goes all the way back in our history to needing to grow something on the land or die.

“We don’t have that lightning rod about what it means to be Australian.” Forrest adds: “It has to be succinct and trigger in the memory and stay there. If it starts getting trendy or techy or modernistic, you lose 99 per cent of people, so it has to have beauty in its simplicity.”