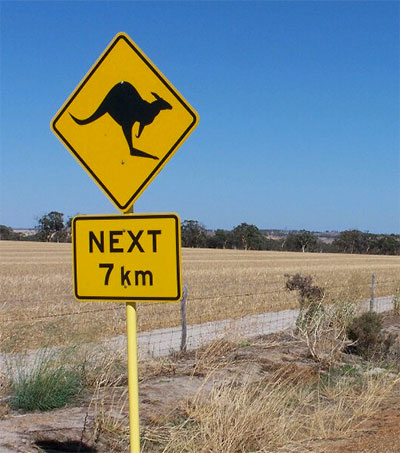 Should We Stay Or Should We Go

For much of the past 50 years, Australia was the big, brash neighbour with so much to offer – and New Zealanders came in droves. But now it seems the tide is turning, author and journalist Frank Robson writes in an opinion piece for the Age.

“Both countries have changed a lot in recent decades, along with their inhabitants. In the 1960s and ’70s, New Zealand was seen by the wider world as deeply conservative, socially isolated and basically broke – ‘Like a dimly-lit cemetery’, as one American said of Auckland during World War II. Australia in the same era, with its vast mineral wealth, expanding cities and migrant-enriched population, beckoned New Zealanders like the green light on Daisy Buchanan’s jetty, promising a bright future and a ‘fair go’ for all.

“Somehow, though, the roles reversed: New Zealand reformed its economy, discovered its national identity and pride, celebrated and nurtured its Maori-Pakeha race relations, and rejected religious/conservative fear-mongering in favour of such progressive legislation as its 2013 marriage equality law.

“Last year, for the first time in two decades, more people from Australia moved to NZ than the other way around, with many citing employment, stable government, friendly, laid-back locals and ‘inspiring’ race relations as factors behind the move.

“[But] in a Redfern hotel, three entrepreneurial expatriates talk of how liberated they feel to be free of New Zealand’s ‘tall poppy’ attitudes. It’s an expression rarely heard here these days, perhaps because more people are looking down than up. Yet my companions – Brent Reihana, 50, Matthew Tukaki, 42, and Peter Brae, 58 – insist that behind their modest, no frills exteriors, most Kiwis secretly covet wealth and fame.

“We can come to Australia and redefine ourselves,’ says Tukaki, who arrived in Sydney 16 years ago from Upper Hutt with ‘a backpack and a credit card’, and now owns EntreHub, an online news channel for small business. ‘No one here cares who we are or what we do … all they care about is that we [New Zealanders] might [threaten] their own rise to the top.’

“Like his friend Tukaki, Brent Reihana is a Maori who first came to Sydney 25 years ago from Kaitaia, and now operates an enterprise called Maori Business Network. In his homeland, Reihana felt ‘inhibited’ by family and cultural responsibilities. ‘You can express yourself here,’ he says, ‘whereas in New Zealand you’ve got to be more politically correct … and depending on where you are in the family pecking order, [cultural obligations] can become a hell of a responsibility. I know a lot of Maori who say the same thing.’

“Brae, a Pakeha, came here with his wife in 1983 from Wellington and saw a market for Kiwi ‘nostalgia food’. They now have a business called New Zealand Snack Food and Kiwi Bakery. The demand for this stuff is indicative of the way many New Zealanders never really ‘leave’ home but drag bits of it around with them, as though nothing elsewhere could match up. They form their own communities, churches and business networks, and tend – even after decades overseas – to interpret everything through the prism of their Kiwiness.”