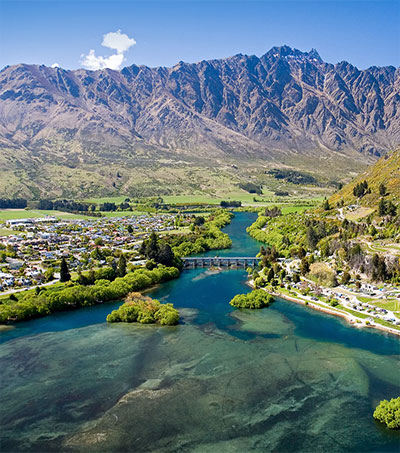 It boasts spectacular scenery, a temperate climate and a labour shortage in key areas, but New Zealand’s most appealing attribute, according to the New Zealand Herald, may be that it is “18,000km from Boris Johnson”. More than 10,500 Britons have inquired about emigrating to the country since the Brexit vote, the newspaper has revealed, more than double the number of the same period last year.

In the 49 days following Britain’s vote to leave the EU, 10,647 people from the UK registered with Immigration New Zealand, compared with 4599 in 2015. On 24 June, the day immediately following the vote, the website received 998 British registrations, almost 10 times as many as the previous day’s tally of 109.

As well as New Zealand’s distance from the British foreign secretary, the newspaper also cited “a rugby team that actually plays rugby” and “affordable houses and no traffic” as reasons Britons might wish to emigrate there.

But according to one Auckland academic, Brexit is the “push factor” for middle class professionals unhappy with what he characterised as “the exclusive or narrow nationalism of the UK”.

“We’d be getting people from the UK who are tired of a narrow-minded Britain and who want to experience something quite different,” Massey University sociologist Professor Paul Spoonley told the Herald. “New Zealand is very different, it is multicultural, very tolerant and it’s got a good lifestyle and a more temperate climate.”

Neal Curtis, a media studies lecturer at the University of Auckland, formerly of England, said the country of British imaginations was a long way from the reality.

“New Zealand still has a legacy as a colonial outpost, as a liberal, socially progressive oasis on the other side of the world,” Curtis said. “It can be quite a shock when you arrive to discover it is really just a more spacious version of what you left behind.”