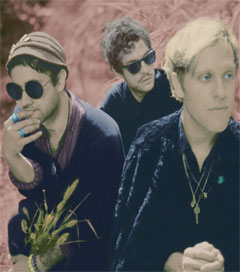 New Zealand band Unknown Mortal Orchestra is currently on tour – promoting their latest album II – in Europe before heading to the United States. Band member Oregon-based Ruben Neilsen, 32, formerly of the Mint Chicks, describes how the album came about, or nearly didn’t, with the Willamette Week. “II is Nielson’s attempt to process his year of living excessively, when his home recording project unexpectedly became a full-time job and overwhelmed him with the pressure to keep going. ‘It’s my way of mythologising that experience and turning it into something to go on with,’ Nielson says.’” The Observer’s Kitty Empire writes in a review of II: “Unknown Mortal’s secret weapon is a kind of fried funk. The instantly lovable So Good at Being in Trouble is breezy and downhearted.”