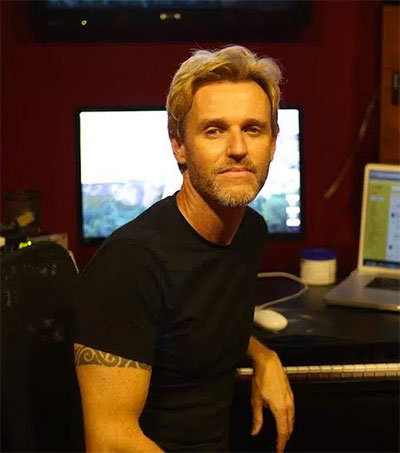 Mumbai-based New Zealand composer and producer Mikey McCleary, 47, has been steadily changing the face of Bollywood soundtracks since he moved to India in 2007. His latest movie project is Aditya Chopra’s upcoming film, Befikre starring Ranveer Singh, which will be released in December.

“I produced all the songs (composed by Vishal Shekhar) and now, I’m composing the background music,” McCleary said.

On the non-film front, McCleary is always writing and recording new songs with different singers.

“Last year I set up TVC Voices, an agency that will represent singers and voice-over artistes in the TV advertising industry. I’ve discovered a lot of exciting new talent,” he said.

McCleary previously worked in London as a music producer at Trident Studios. He studied Composition and Orchestration at the Wellington Conservatorium of Music and at Victoria University of Wellington.

McCleary was born in Chennai.