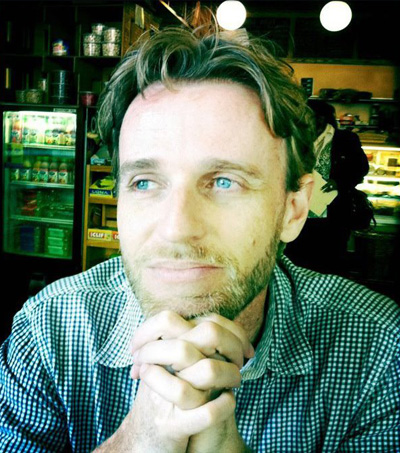 Mikey McCleary – “I Became a Part of Indian Music”

Mikey McCleary “has recreated some evergreen Bollywood tracks and infused youthfulness in them”. With his work on “Khoya khoya chand”, “Hawa hawai”, “Dhak Dhak” or the recent “Fifi– Jata kahan hai deewane” he has become “quite a master at serving old wine in a new bottle”, writes Sugandha Rawal for The Indian Weekender.

“Old recordings are beautiful and I love them. But a lot of people, especially the young generation, terms old recordings as old and pass them off as something not from their generation. So redoing the old melodies is a way to make people listen to them. It is a way to appreciate how wonderful old composers were,” said McCleary, who lives in Mumbai in India.

The New Zealander, who won the Best Composer Award at the 9th Asian Film Award ceremony for Margarita With A Straw likes to incorporate live instruments into the old melodies and believes that folk music plays a big part in Bollywood.

“I feel that the beauty of old songs is enhanced by live instruments. I try to keep it as live as possible. I feel it is important to try to enhance the beauty of the original songs,” he said.

“It is very important in Bollywood to have some kind of connection to folk music. I have done some sort of traditional and folk influenced songs like ‘Gannu rocks’, which is a mixture of folk and rock music.

McCleary, originally from New Zealand is a songwriter, producer and director. He attended a course at the Wellington Conservatorium of Music and Victoria University of Wellington. Later on he moved to London to work as a music producer at Trident Studios. McCleary has worked on a range of advertisements including Levi’s and Coca-Cola.