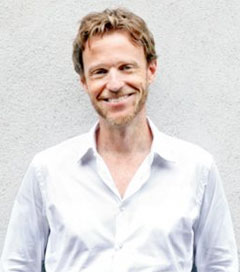 New Zealand musician and composer Mikey McCleary lives in Mumbai where he made his first brief impression with a commercial for Coca-Cola. McCleary, 44, also writes scores for Bollywood films. While new-age Hindi film music often struggles to balance between old world melody and technology-enabled sound, McCleary benefits from having an outsider’s perspective. He understands the key to good Indian music lies in the hummable quality of its songs, the heart of which lies in its core melody. “It has to work as a standalone tune. Indians look to latch onto catchy melodies unlike in Western music where structure and chords also play a big part,” McCleary says. Under the stage name of The Bartender, he has recently released an album called, Shaken Not Stirred.