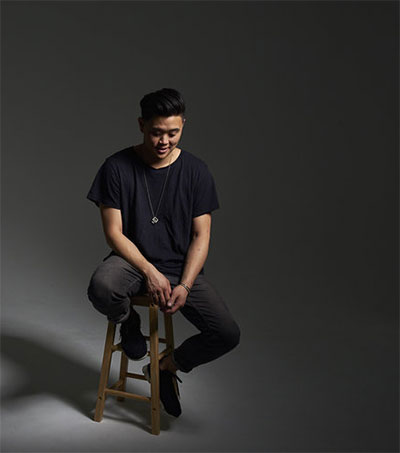 Boys of Yoga founder New Zealander Michael James Wong, 32, is interviewed by Sunday Times correspondent Stuart Heritage for an article about the growing popularity of lifestyle sites for men.

Wong describes himself as a “yoga teacher, meditation guide and wellness advocate”, and is the figurehead of a new type of man: strong without being alpha, sensitive without being metrosexual.

Wong has just published a book called Sit Down, Be Quiet. It’s about yoga, but it doubles as a manifesto for his new vision of man. There are chapters on letting go of your ego, on allowing yourself to cry, on how yoga gives you purpose.

When I met Wong – a New Zealander of Chinese-Asian descent who grew up next door to Mike Tyson in Los Angeles – I was determined to be infuriated by what I guessed would be his easy happiness. From the outside, these men seem to thrive on a moral superiority, in the sense that they’ve got everything figured out. And for the rest of us, weighed down by endless quotidian worries, it can all come across as slightly smug. Fortunately, Wong has an acronym for that – Man. “Mindful, aware and non-judgmental,” he tells me over tea in a café near the office he works out of when he is in London. Wong’s book is dotted with profiles of other male yoga teachers who operate under the banner Boys of Yoga. “This is about having your boys, having fun, having a laugh and being accessible.”

Although it veers close to self-parody at times, Wong’s book is shot through with a sincere message: traditional masculinity helps nobody, so let’s figure out something new.

Masculinity is in such a state of crisis that it’s worth listening to anyone with a decent escape plan. There’s no malice to these men, there’s no alpha menace lurking within. All they want is for men to get over themselves a bit. “Don’t you want to be less triggered when your boss riles you?” Wong asks at one point. “Don’t you want to see what it feels like to get more rest?” Honestly, if that’s what I can get out of it, sign me up now.