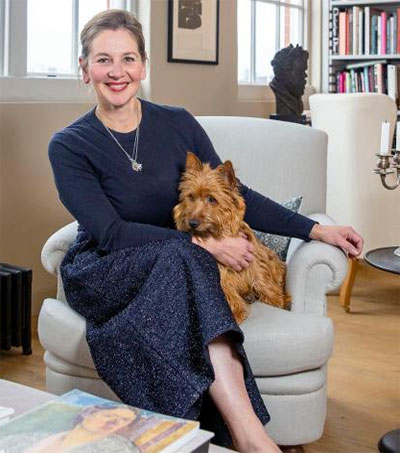 New Zealand-born furniture designer Cassandra Ellis has taken a laid-back approach to decorating her south London flat, and shares her tips for a tranquil home with the UK’s Sunday Star Times.

In the past six months, Ellis has achieved the modern imprimatur of success: “Bloggers have been phoning up for free paint.”

The quiet aesthetic of her furniture – muted palette, simple lines, functional forms – is in demand, and her colour chart is an object of lust for interiors insiders. Her professional clients include Studio Ashby, Chester Jones, Kitesgrove, Robin Myerscough and Mark Lewis Interior Design. Since she launched her first paint collection, manufactured by Mylands, a year ago, “people have been knocking on the door”.

Her understated armchairs, sofas and chaises longues, which start at £1,650, have certainly delighted her private customers. “I’ve actually stopped people buying more than a few pieces. I say, ‘You don’t live in a hotel – buy some old stuff.’”

Her paints, which match the quality of the top brands, but come in a distinctive edit of shadowy hues, are attracting increasing numbers of folk seeking an alternative to ferociously marketed designer paints. How would she feel about Atelier Ellis becoming a coveted label? Cautious, it turns out. “I don’t want to expand for the sake of it,” she says. “I want to be successful on the smallest viable base – I don’t need to serve hundreds of thousands of people. I’m here to serve a group of people who understand home is home. It’s not a showpiece.”