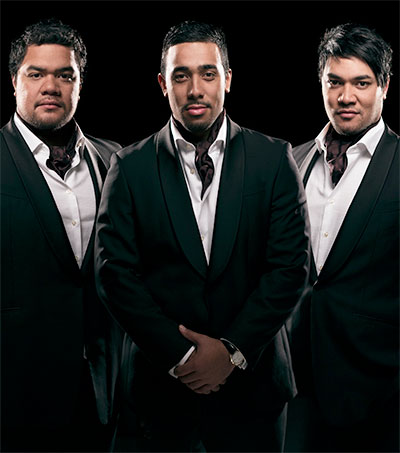 Lorde may be the greatest New Zealand musical export of 2013, but back home, she’s got competition. The members of the improbably popular operatic trio Sol3 Mio, buck all the current trends in the music industry, the Huffington Post reports.

Made up of brothers Pene Pati, Amitai Pati, and the Patis’ baritone cousin Moses Mackay, the band has enjoyed a fairy-tale rise since the boys’ early days singing at a nursing home run by Papa Pati in South Auckland. In 2013, their eponymously titled debut, Sol3 Mio, outsold all other New Zealand albums within a mere month of its release (including Lorde’s blockbuster entry, Pure Heroine).

Ahead of their spring stateside debut, the Huffington Post chatted with Pene about the band’s stratospheric ascent at home and what that popularity might mean for the rest of us.

The newspaper also asks the group about their strategy for branching out.

“We’re fortunate enough that the label [Saiko Management, who also represents Lorde] is really on our side, and really pushed to say that we are opera singers. We don’t want to lose that for the sake of being commercialised.”

The group’s debut album will be out in the US in April.