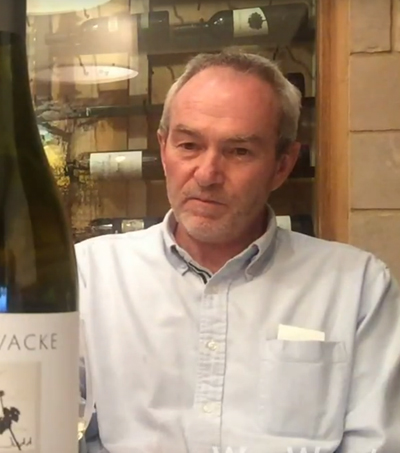 Kevin Judd is “one of the finest winemakers in New Zealand – or anywhere for that matter,” writes Tom Hyland in an article for Forbes, which profiles the winemaker and “world-class photographer.” “His work at Cloudy Bay was legendary and today he continues to craft outstanding wines under his own label, Greywacke.”

“Born in England and raised in Australia, Judd attended Roseworthy Agricultural College in Adelaide, earning a degree in oenology. His first wine job was at a nearby winery from 1980 to 1982” before “landing a position at Selaks in the Marlborough region.” He “worked at Selaks for three years, and in 1984, he met David Hohnen, who wanted Judd to be his winemaker at a new winery operation. The new company was known as Cape Mentelle and also located in Marlborough; the wines would bear the label, Cloudy Bay, as reported in the article.

“Cloudy Bay Sauvignon Blanc put Marlborough (and New Zealand in general) in the minds of wine lovers and wine critics around the world.”

When the company was purchased by the Moët-Hennessy group, “it didn’t take long for the winemaker to move on to create his own label in Marlborough called Greywacke, named for a type of stone found in local vineyards.”

“In many ways, Judd is doing things at Greywacke that he did at Cloudy Bay, with a few exceptions, as with the fruit source,” writes Hyland. “The biggest change however is the low-key approach at Greywacke, as compared to a large international wine company.”

“We don’t have that luxury mentality – what we do is very straightforward,” said Judd. “As far as communication and where we come from, it’s relatively simple.”

“Along with the classic Sauvignon Blanc, Judd also produces a Wild Sauvignon – wild refers to wild yeasts used for fermentation, as opposed to cultured yeasts – at Greywacke, along with Chardonnay, Riesling, Pinot Gris and Pinot Noir, all from Marlborough fruit,” reports the article.

“All the varieties we work with, we believe to be high performing varieties in Marlborough, said Judd.

Apart from his winemaking skills, Judd is also a renowned photographer. His two books, The Colour of Wine, and The Landscape of New Zealand Wine are collections of his images of New Zealand wine country.