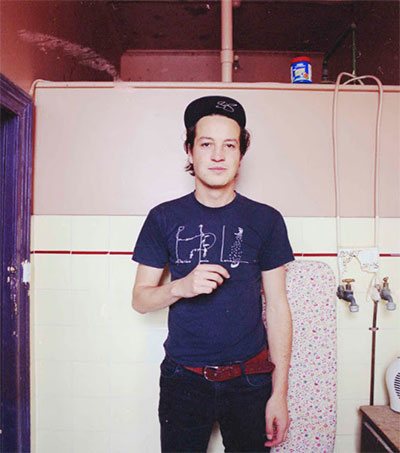 Marlon Williams Brings Honey Back to the Bees

“Growing up in Lyttelton, a scenic port town outside Christchurch with a population of less than 3000, Williams found early success with an alt-country ensemble he fronted in high school, the Unfaithful Ways. He also collaborated with fellow New Kiwi troubadour Delaney Davidson. All told, both endeavours resulted in a total of seven records.

“But now, with his stunning solo debut, he’s made his most important work to date, and the accolades it’s already earned in Australia and New Zealand aren’t enough for him. There’s another frontier he has to conquer – the American heartland and the cradle of country music itself – so with Dead Oceans set to release his self-titled LP stateside on 19 February, Williams tackles his first-ever North American headlining tour: an attempt, in his words, to ‘bring honey back to the bees.’

“Though he has lived in Melbourne since 2013, he says Lyttelton is oddly a bit of a hotbed for country music. ‘There’s a studio there that has consistently been putting out great folk and country albums for the last few years. It’s kind of inexplicable – there’s really no accounting for why that happened. It just kind of started and then grew exponentially,’ he says.

“Williams won’t attempt to just ride the rising tide of country music’s popularity to stardom; he’s already raised the stakes with bold videos (he brings new meaning to the word exposure when he strips naked in the clip accompanying ‘Hello Miss Lonesome’), big dreams, and a talent that simply can’t be contained by any one hemisphere.

“‘I don’t really see [country music] as being geographically centred. But I’m still curious to see where people from America think [my music] sits on the spectrum. I’m just excited to be traveling around the States with my friends, really,’ he says.”