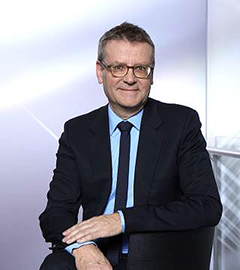 Mark Wigley, dean of Columbia University’s Graduate School of Architecture, Planning and Preservation (GSAPP), has announced that he would step down from his position at the end of the academic year, in June 2014.

Wigley, who has a B.Arch. (1979) and a Ph.D. (1987) from the University of Auckland in New Zealand, assumed the deanship in 2004. Since coming to the United States in the late 1980s, Wigley has produced a series of provocative books and exhibitions on architecture, besides teaching at Princeton University and Columbia.

The news of Wigley’s departure from Columbia came on the eve of a conference that he had helped organize, “The Future of Energy,” which was held October 2 at the Museum of Modern Art in New York.

“First I will take a sabbatical and return to writing. Being a scholar again is as exciting to me now as being a dean was a decade ago. We have amazing students and faculty, who are super dynamic and engaged. The university is like a garden. I was just building a new kind of pergola. Amazing plants appeared and flourished, an ecology of imagination with its own momentum. I don’t want to control that. New plants will grow. Each will flower in its own way.”