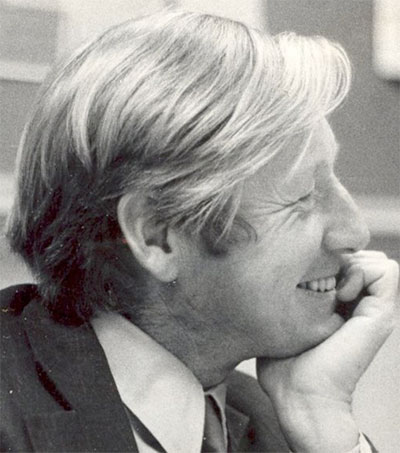 For Brian Sutton-Smith Play Nothing Less than Existential Necessity

Wellington-born developmental psychologist Brian Sutton-Smith, who wrote or edited more than 50 books and was among the first academics to treat the study of play as a rigorous discipline, has died in Vermont, in the United States. He was 90.

A professor emeritus at the University of Pennsylvania, Sutton-Smith hoped to find a “universal theory” that would tie myriad strands of psychology, evolution science, neurobiology, philosophy and folklore into an overarching explanation of why people play and how they came to do it.

But his thoughts on play kept evolving and play itself never stood still. Still, it had to be studied; for Sutton-Smith, play was nothing less than an existential necessity.

“Play begins as a major feature of mammalian evolution and remains as a major method of becoming reconciled with our present universe,” he wrote. “In this respect, play resembles both sex and religion, two other forms – however temporary or durable – of human salvation in our earthly box.”

Sutton-Smith had a lasting impact on his field, said George Rollie Adams, chief executive and president of the Strong National Museum of Play in Rochester, New York.

“For combined diversity and magnitude, together with long-term influence on the thinking of others, Sutton-Smith’s full body of scholarly work stands almost in a category by itself,” Adams said.

The institution named its 165,000-volume research library for Sutton-Smith after he donated his archives in 2007.

He trained as a teacher and was awarded the first Education PhD in New Zealand in 1954. Following the completion of his PhD, Sutton-Smith travelled to the USA on grant from the Fulbright Program, where he began an academic career with a focus on children’s games, adult games, children’s play, children’s drama, films and narratives, as well as children’s gender issues and sibling position.

His semi-autobiographical stories were serialised in the New Zealand School Journal in 1949 (and collected 12 years later in Smitty Does a Bunk).

From 1967 to 1977, he taught developmental psychology at Teachers College, Columbia University.

He lectured throughout the world and, as a research consultant to the Toy Manufacturers of America, gave frequent interviews.

“Games are rites of passage,” he told the Toronto Star in 1991. “The player performs a task, gains acceptance of his comrades and experiences success. It’s playing out an analogy of life.”

Sutton-Smith retired from the University of Pennsylvania in 1990 but worked on play until his last years. His autobiographical Play Theory: A Personal Journey and New Thoughts was published in the American Journal of Play in 2008.

“He was always reading others’ work, watching the world around him, reimagining his philosophy, taking another look at his approach,” daughter Emily said. “I never heard him say ‘I’m done.’”