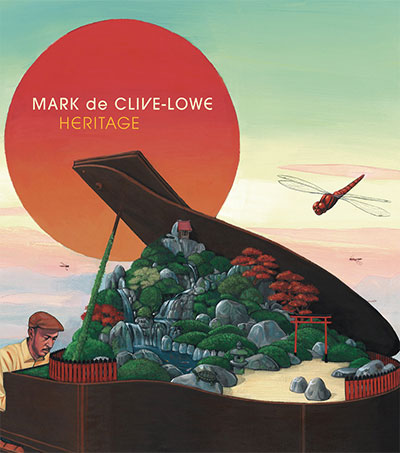 “For those who recognise [New Zealander] Mark de Clive-Lowe’s name from this or that compilation disc, his new straight-up jazz effort is the most pleasant surprise of the new year. Others who follow the pianist more closely have long recognised his outsized talent,” Kevin Press writes for Canadian monthly music magazine, Exclaim!

“No matter your perspective, it is clear the 44-year-old has gone next level,” Press writes. “Incorporating a progressive sensibility honed as part of the UK’s broken beat scene, de Clive-Lowe has produced an early candidate for jazz record of the year.

“Largely an acoustic production, Heritage feels just as fresh and modern as anything he’s released or remixed in the past. Where electric piano, synthesizer and samples are incorporated, their effect is subtly modern. They enhance the end product, rather than defining it.

“Heritage is frequently an understated, easy listen. Just as often though it offers up complex compositional ideas, all served well by expert performances. Repeated listens – and I promise, you will come back to this album again and again – consistently reveal something new.

De Clive-Lowe will perform Heritage live at the Cully Jazz Festival in Bourg-en-Lavaux, Switzerland on 13 April.

Raised in Auckland, De Clive-Lowe is based in Los Angeles.