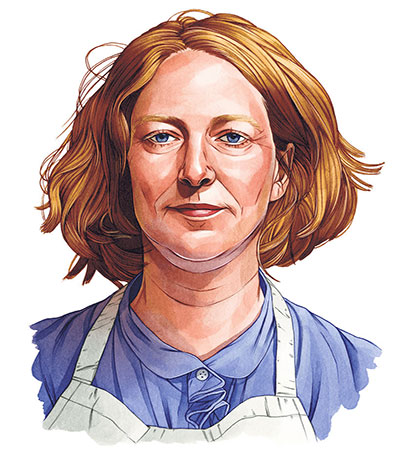 “London’s most cherished chef” New Zealander Margot Henderson offers up the very first meal she ever cooked for her now husband, the celebrated British chef and owner of St. John restaurant, Fergus Henderson, for a new style and culture publication called Luncheon.

Henderson, who also owns the Rochelle Canteen at the Rochelle School where the Luncheon team is based, shares her Salt Cod & Potato Bake recipe in the magazine’s first issue.

“It’s a joy to let ingredients speak for themselves and to follow the seasons – which everyone bangs on about. But if you actually do it, the menus write themselves.”

According to co-editor-in-chief Frances von Hofmannsthal, Luncheon is: “Worldly and welcoming … a style and culture magazine that invites old and new friends of all generations and cultural experiences to share their views, life, and work over lunch.”