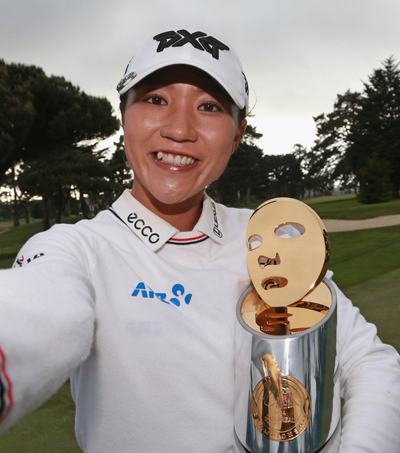 “A two-year win drought marked by changes in coaches, caddies and clubs ended for Lydia Ko on Sunday as the former world number one closed out victory at the Mediheal Championship with a stroke of brilliance,” as reported in an article for Reuters. Ko “now boasts a 15th LPGA title and two major wins since turning professional in 2014.”

“I don’t think I’ve ever cried in the other 14 (wins)”. And I cried like four times in the span of two minutes which is kind of embarrassing,” she said.

“But you know it was emotional because they’d been through it with me, it’s not like you’re the only one out there. That’s why it’s so meaningful.”

“Ko led by a stroke ahead of Jessica Korda into the final round but for a period it looked like more disappointment was in store for the young New Zealander,” reports the article.

“She made three bogeys in her first six holes to fall two shots adrift of the lead before a stunning rally on the back nine at the San Francisco course where she won back-to-back titles in 2014-15.”