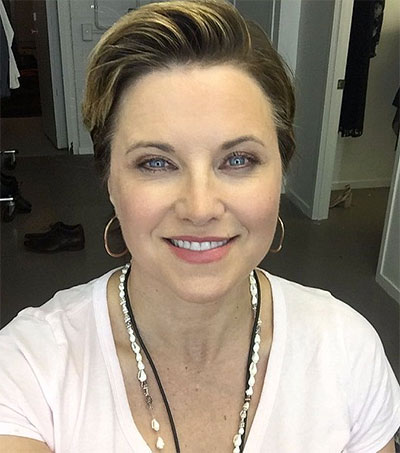 She’s known for fighting the forces of evil in ‘90s cult television show Xena: Warrior Princess. Now it has been announced that New Zealander Lucy Lawless, 50, has landed an exciting role in the upcoming Australian crime drama, My Life is Murder.

In her first lead performance in an Australian TV show, Lawless will portray fearless investigator Alexa Crowe, who sets out on a mission to resolve a series of bewildering crimes.

“She is not your average cop. Brilliant, insightful, and completely without filter, Alexa is that rare breed of television hero: She doesn’t give a damn how she solves the crime or who she offends in the process, as long as she gets it done,” Maier said.

“It’s a coup for [production company] CJZ and Network Ten to have pop culture legend Lucy Lawless on board to star in her first Australian lead role.”

Lawless recently portrayed Countess Marburg, a powerful ancient witch, on the supernatural television series Salem. She also stars as Ruby Knowby, the main antagonist in Ash vs Evil Dead, and has made appearances in Agents of S.H.I.E.L.D. and ABC’s The Code.

My Life is Murder will be set and filmed in Melbourne at the end of this year.