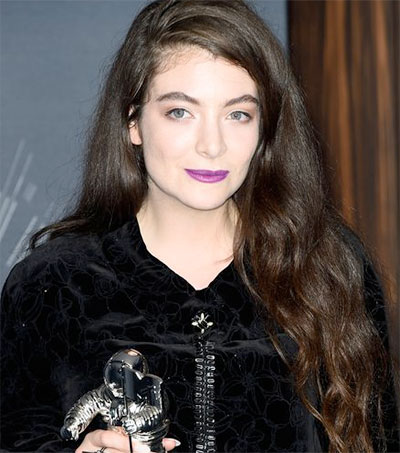 The 17-year-old scooped the gong for Royals at the Los Angeles award ceremony on 24 August.

“Is there like a specific place I’m supposed to be looking?” the New Zealander asked as she tried to find the right camera during her acceptance speech. “This is super crazy and I’m super grateful.”

Lorde – who had earlier appeared on stage to introduce Taylor Swift – was also nominated for Best Female Video, but lost out to Katy Perry’s Dark Horse.

The Takapuna-born singer returns home after touring North America to perform what will be her first ever New Zealand headline tour in late October, early November.