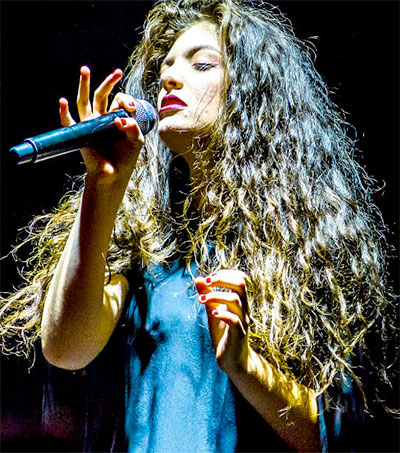 “But Lorde didn’t play to the gallery by front-loading her hits. Instead, trussed up like Patti Smith in a black suit and button-down shirt, she opened with her minimal album track Glory and Gore. Alone against a black backdrop, the singer was brazenly confident, and it was mesmerising.

“She had full control of her voice – which glided as effortlessly up to a swirling falsetto as it plunged into the rich depths she is recognised for.

“The inventiveness and raw inhibition on show in Lorde’s songs recalled a young Kate Bush – and that’s before you get to the aesthetic similarities.

“Like a teenage fan, I can’t wait to see her again.”

Lorde next travels to Australia for July dates before returning to the Northern Hemisphere for US and Canada shows, beginning with Lollapalooza in Chicago on 1 August.