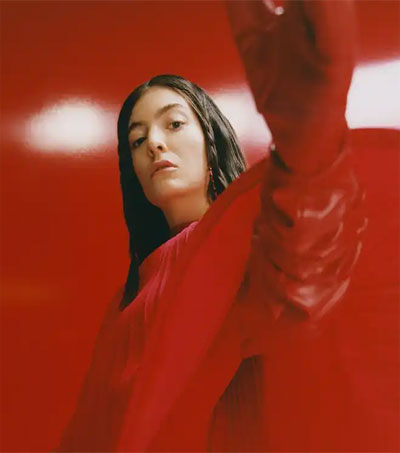 Lorde was thinking the other day about the strange fact that she is a pop star. ‘I wonder if part of it is because pop happened to be the medium that I was interested in the most when I was 15, you know?” It’s not that she is bad at being a pop star, Richard Godwin writes for the Evening Standard. Not long ago, she was performing songs from her third album, Solar Power, at the Guggenheim International Gala in New York, wearing her own hair as a scarf, peeling a tangerine live on stage – as it should be.

And it’s not that she hasn’t enjoyed the past decade or so: the paradigm-shifting, 10 million-selling hit she scored with Royals in 2013; David Bowie calling her ‘the future of music’; the fierce fandom she has inspired; the space she has created for any number of single-minded, young female artists that gives her the status, at 25, of an elder stateswoman.

It’s just that everything she now does is defined by her much-younger self, Godwin discovers.

“I think people have a certain idea of me because of how popular my first album was but I think I was always going to be a weird artist, you know?” she says. “I’m exactly where I thought I’d be.”