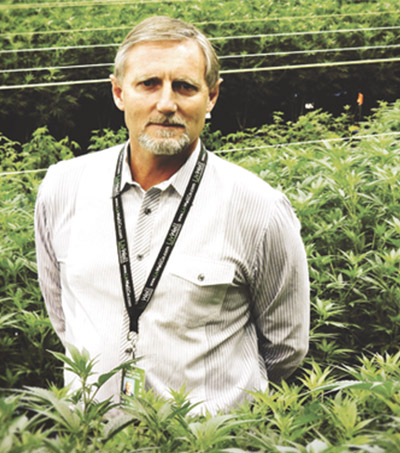 New Zealand native John Lord has built a wholly legal cannabis empire in Colorado over the past five years with annual sales that exceed $80 million. “We’re more than a dispensary, we’re leading a movement,” goes the mission statement of LivWell, one of the largest marijuana manufacturers in all America, with a staff of 500; 20 retail stores and growing; 35 strains of marijuana, topical cannabis creams, and oils; and a partnership with rapper Snoop Dogg.

In a profile in Stuff, the LivWell chief executive—a one-time Te Aroha dairy farmer, first moved to the U.S. in 1998—debunked some myths about what working at a reefer company might be like. LivWell employees enjoy the benefits of full health care coverage, retirement plan, paid leave, and extensive professional training. “Over two-thirds of the company have a degree,” Lord explains of his staff, who are mostly millennials “interested in marijuana as social change.”

In November 2015, LivWell teamed up with longtime marijuana aficionado Snoop Dogg to launch Leafs by Snoop flower, concentrates, and edibles (including chocolate bars, Dogg Treats Fruit Drops, Gummies, and Chews). ”I’ve been at the forefront of the marijuana movement for twenty years or so,”  the blunt-talking rap artist said. “So to see it legal is a beautiful thing.”

The legalization of marijuana in the U.S. is a controversial issue, one that can only be expected to grow hazier as the nation heads into the 2016 presidential election season. Even in a state where taking a toke is legit, lack of federal legality create complications surrounding pesticide use and patent protection. A December 2015 Associated Press article titled “Emerging from Shadows, Pot Industry Tries to Build Brands,” explained how in the U.S. “patents and trademarks are largely regulated by the federal government, which consider marijuana an illegal drug and therefore ineligible for any sort of legal protection.” Pesticide labeling in the U.S. is also a federal purview and another factor that is unlikely to be resolved until cannabis is federally legalized. (LivWell is currently embroiled in litigation over its pesticide use, the first U.S. lawsuit to challenge the marijuana industry’s manufacturing methods.) Colorado is an experimental phase with cannabis. Two notable statistics to emerge from the data are that for the period coinciding with the introduction of the new cannabis laws, the Colorado Bureau of Investigation reports a 12.8 per cent decrease in homicides from 2013 to 2014; and that Colorado’s new marijuana laws bring in $60 Million in State taxes in less than a year, reportedly exceeding tax revenues from alcohol.

Cannabis is the most widely used illegal drug in New Zealand, counting over 13% of the nation’s population between the ages of 16-64 as users (ranking the country the ninth-highest cannabis consumption level in the world.) Lord, a sixty-something-year-old grandad who grew up on farms in Otorohanga, Kio Kio, Te Awamutu and still holidays at his parents’ home on Paterangi Road, told Stuff he hopes his home country will one day legalize the drug. “If New Zealand did entertain legalization of cannabis,” Lord said, “it needs to come along with a good social education policy. That can be built into the taxes of the drugs, so it is not a burden on taxpayers.”

Widely recognized as an effective treatment for many ailments, medical marijuana is not legal in New Zealand, or on the legislative agenda.