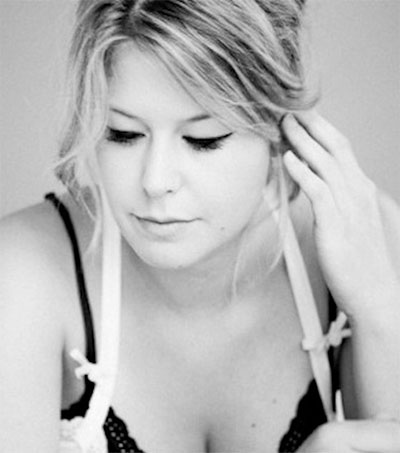 When New Zealand-born designer Manuka Clarke purchased Californian lingerie company Farr West in January, she wanted to reinvigorate the company’s classic designs while keeping all production in the United States at the highest quality with ethically sound standards.

Founded by the Farr family, the lingerie brand has been produced in California since its launch in 1968.

“Farr West started and grew at a time when American manufacturing was thriving,” Clarke said. “This company has slowly watched the decline and extinction of so many American producers. I continue to source from the States as a matter of principle because American craftsmanship is important to support to keep this country stable.”

Clarke was raised in Los Angeles and London. She studied costume design in the San Francisco Bay area and had always admired Farr West from a distance while professionally designing lingerie and undergarments for her own line. Before becoming the new director and CEO of Farr West Manuka Clarke had been designing lingerie for the past eight years, for her self-named company, MANU.

Farr West is currently in more than 250 specialty boutiques across the United States, with plans to expand to the European market in 2015.