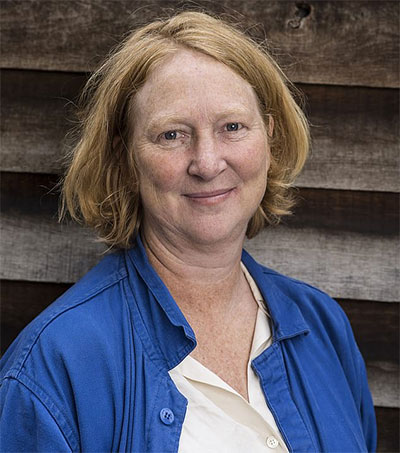 Margot Henderson, co-founder of London events company Arnold & Henderson, reveals to the Daily Mail how she was inspired to set up the business after being kicked out of a pub.

Arnold & Henderson was established in 2002, and caters for weddings, and art and fashion events. Henderson, 54, lives in London with husband, chef Fergus Henderson. They have a son, 24, and two daughters, 23 and 19.

“A few months after marrying, we opened a tiny restaurant with our friend Jon Spiteri above the French House pub in London’s Soho,” Henderson explains.

“But in 1995, Fergus left to open his own restaurant, St John. He became a superstar chef – Guy Ritchie took Madonna to St John on one of their first dates.

“I couldn’t join him as I was busy having babies. I threw a few plates in frustration. Jon’s wife Melanie Arnold came in to help me run the French House. She had three small children, too, and they grew up running round the kitchen.

“After seven years, the pub kicked us out, so we set up a catering company. Back then, wedding catering was very formal. I wanted a sense of fun with family-style. I don’t like high flower arrangements: you need to see each other, pass food and interact. Round tables can feel corporate, but long ones can add to the feeling of a special feast.

“At first, we cooked from my flat’s kitchen – using the windowsills as fridges. I’d empty boxes holding the kids’ toys and use them as food storage. It was tough. I thought I was going to lose a husband.

“In 2006, we opened a lunch restaurant, Rochelle Canteen, in [a] school bike shed. Artists and fashion designers started seeking us out. Last year we opened a restaurant for dinner and weekends, at London’s ICA gallery.

“The catering side of the business is booming. We’ve done events from Scotland to Moscow. Our aim is to offer beautiful food with large tables and happy eaters squished together – a buffet on the table.”