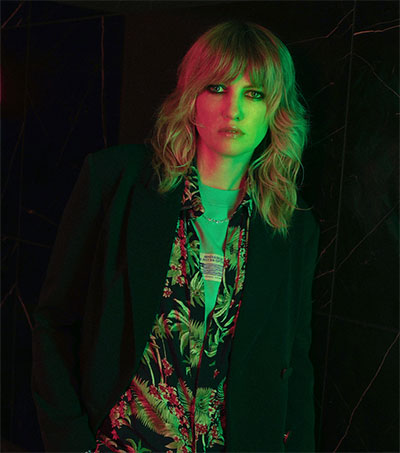 Ladyhawke, aka Pip Brown, 41, has been through some tough times, but she’s come out on the other side, Robin Murray writes for music and fashion magazine, Clash. The New Zealand alt-pop force took time out to focus on herself, dealing with post-natal depression and a diagnosis of skin cancer, and this October will see the release of her “bold, powerful new album”, Time Flies.

Ladyhawke comments: “I was feeling pretty grateful to be alive and making music, so I felt like I didn’t ‘care’ anymore – not in a bad way, I just stopped over thinking it.”

New single “Guilty Love” is out now, a soaring collaboration with Broods vocalist, Georgia Nott, which shot past the million stream mark in record time.

Ladyhawke’s self-titled debut solo album was released in 2008. She subsequently released Anxiety in 2012 and Wild Things in 2016.