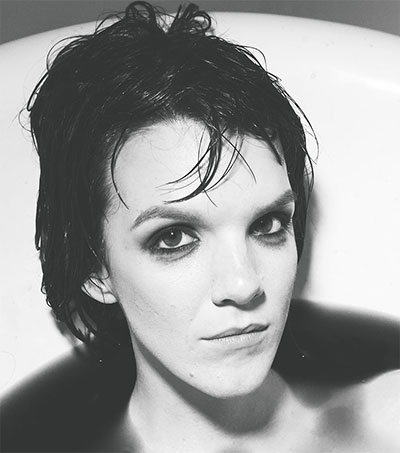 Every six weeks, New Zealander Eden Iris will release a new single. Timed perfectly, when these tracks run dry it will be just in time for the release of the singer and songwriter’s debut album, out May 2020, Tina Benitez-Eves reports for bimonthly magazine, American Songwriter.

For her third single, “Worse Things”, Iris, who has been living and recording in Los Angeles for four years, teamed up with songwriter Maia Sharp (Cher, Art Garfunkel, Bonnie Rait), Benitez-Eves writes for the publication.

Co-writing with Sharp was just standard for Iris, who has already surrounded herself with some big talent since relocating to LA, including collaborations with Grammy-nominated songwriters like Bruce Lynch (Kate Bush, Cat Stevens), Jamie Candiloro (Ryan Adams, R.E.M), and Rune Westberg, (Colbie Callait), since releasing her first EP, Demons, last year.

Originally from Auckland, Iris, who recorded and co-produced Demons from her home studio, also pulled together another EP, Dream Colored Life, this spring – her interpretation of a collection of New Zealand-inspired tracks from 1999, written by fellow New Zealander, songwriter Rick Watt.

The new album is already assembling as a mix of the singer’s meditations on love, life, and other perceptions. First single, “Dancing with a Ghost”, slows down, and gets more melodic from the dance floor mixes by Sunlounger (Roger Shah) in 2017, while second single “Birthday Baby”, co-written by another New Zealander Emily Edrosa, is a folkier, moodier, and acoustic-wrapped track on love not quite requited.

“Lyrically, in ‘Worse Things’, there are times when I’m talking to myself and that kind of feels like something I would do when I’m by myself at the beach – think about my problems and tell myself to get over them,” Iris tells American Songwriter. “Nature can definitely help us zoom out to find the bigger picture, and it’s hard to resist that feeling of insignificance when you’re looking at a gorgeous sunset.”