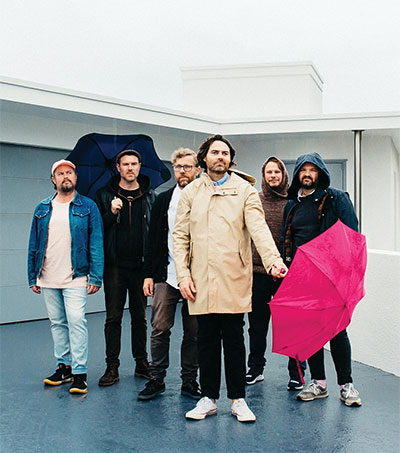 The Phoenix Foundation Returns With Hounds of Hell

Following up 2015’s Give Up Your Dreams, on Friend Ship spirits are soaring in new directions, tapping into more expansive arrangements and reflecting on where they are today, Benitez-Eves writes.

Reid, 28, who was thrilled to be asked to sing on the track doesn’t typically collaborate, but this was a special moment in time for the singer-songwriter.

“The Phoenix Foundation have been heroes of mine since the moment I heard Buffalo,” Reid says.

“Little did we know how poignant this song would become in July 2020,” Reid says, “[It’s] after events that have, at times, felt truly apocalyptic.”

The Phoenix Foundation formed in Wellington in 1997.