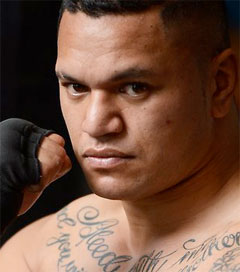 Knock Out For Life

New Zealand All Black and kickboxer, Hastings-born Hika Elliot, 26, unbeaten in 62 fights, will square off against Australian league player Paul Gallen in the Fight For Life boxing charity event in Auckland on 15 December. Elliot has been studying martial arts since he was three and qualified for the 2008 World Karate Championships in Japan but had to withdraw because of his commitments to the All Blacks. While boxing and martial arts are different disciplines, Elliot said there are similarities. “I say to a lot of people when you do martial arts your first instinct is to throw a kick but you can’t do that obviously in the boxing ring,” he said.