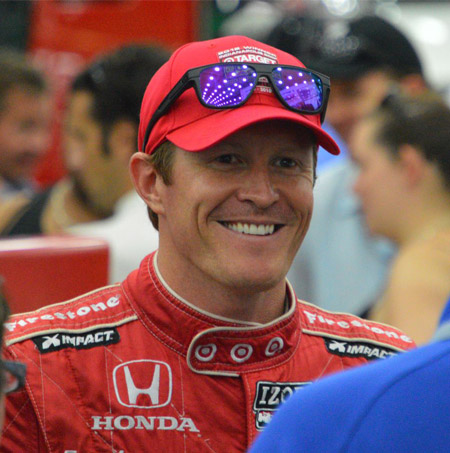 Dixon, a three time IndyCar champion, has signed up for his 14th season with Chip Ganassi Racing becoming the longest serving driver in the team’s history.

Though thrilled to be able to continue with the team, AutoSport.com reports that Dixon is already focused on improving the team’s position in 2015.

“Although we finished 2014 strong, we didn’t have the year we wanted to, at least not by our standards,” he said.

“I know the team is focused and ready to go for 2015, and I’m honoured to be back driving the #9 again for the team.”

Meanwhile, Bamber, 24, has earned a coveted factory GT contact with Porsche Motorsport for 2015, having been part of the prestigious company’s scholarship programme in 2014.