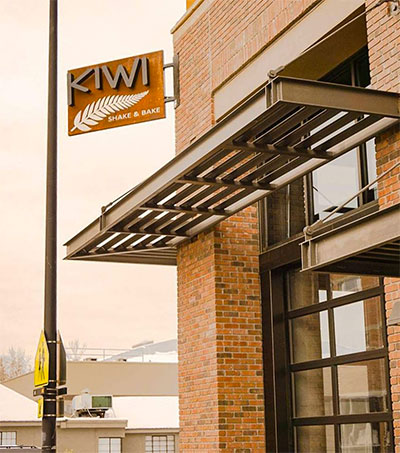 “Intrigued Boiseans are feasting” at a newly opened bakery and café in Idaho in the United States, which is serving up traditional New Zealand meat pies, mousetraps, cakes and soup, milkshakes, coffee, beer and wine.

“We’ve got quite a few local Kiwis out of the area that we didn’t realise there were so many of,” Munro said.

Born in England, Munro lived in New Zealand for 12 years before relocating to Boise with her husband, Chris, a native New Zealander. So the couple is uniquely qualified to teach Idahoans about the tastiness and versatility of meat pies.

In New Zealand, meat pies are sort of like what hamburgers are in America – quick, casual and everywhere. Munro calls them “a staple of the diet”.

Kiwi will host a grand opening later in January, Munro said, when the full menu becomes available. Fish and chips, battered oysters and other options will round out choices at Kiwi.