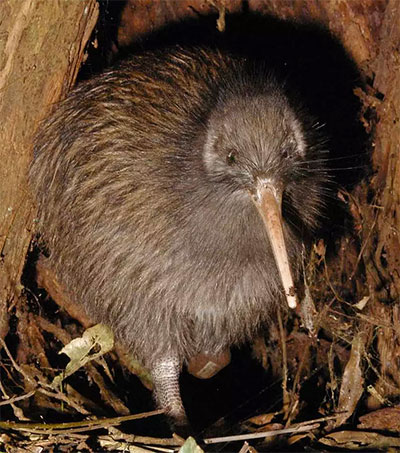 Scientists at the University of Leipzig in Germany say they have sequenced the genome of the brown kiwi for the first time, revealing that the shy, flightless bird likely lost its ability to see colours after it became nocturnal tens of millions of years ago.

Inspection of the kiwi’s DNA also showed greater diversity than in other birds in genes responsible for smell, indicating that New Zealand’s national animal can probably detect a wider range of odours – another useful adaptation for a species that prefers living in the dark.

The study, by scientists at the University of Leipzig and the Max Planck Institute for Evolutionary Anthropology, was published in the journal Genome Biology.

Diana Le Duc, one of the authors, said the kiwi lost its colour vision once that ability ceased to be an evolutionary advantage because it was active mainly at night.

By comparing the mutation responsible for this change to the same genetic sequence for other birds, the researchers estimated that it occurred some 35 million years ago, after the kiwi came to New Zealand, Le Duc said.