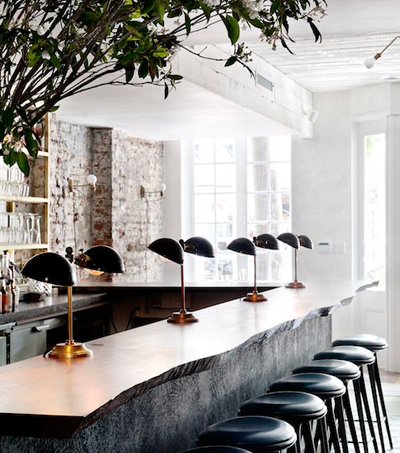 Matt Lambert, the founder and chef “has done an amazing job pulling together an incredible space and dishes with simple ingredients served exceptionally well,” writes Tim Brown in the description accompanying the listing.

Highlights of the menu are the outrageously good bone marrow and the Burn Cottage Central Otago Pinot Noir, which comes from Cromwell, an excruciatingly beautiful part of the South Island in New Zealand.

“Lambert’s cuisine is inspired by his roots in New Zealand, and his dishes have a flair for the beautiful and the delicious. It’s unique, different and memorable,” Andrew Steinthal wrote in a review on The Infatuation.

Matt Lambert is a New Zealand native who honed his skills working in some of New York’s top kitchens and draws upon his upbringing and home country’s cooking at the Michelin star-rated restaurant.