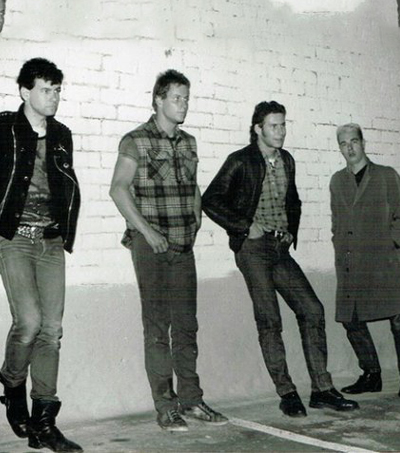 Boak tells Vice that he used to listen to more UK stuff than US and that there was a “pretty good supply of punk and oi records coming in on import” at the time.

He also remembers their 1983 television performance when TVNZ transformed their studios to look like a pub.

“We didn’t identify as an oi band, it was a label that was thrust upon us by the media, if anything, the whole idea of labelling a band by genre was something we hated and hence the name of the band itself”, said Boak when asked about playing as an oi band in London in the mid 80s.

Recently the band performed at Kings Arms in Auckland – a performance which was sold out completely.