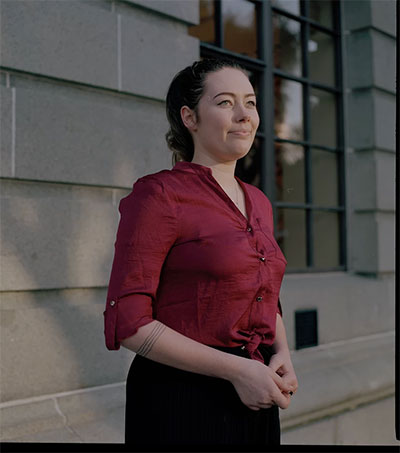 At the start of 2016, Kaitaia – population 5000 – had just experienced the loss of six young people to suicide in quick succession. Nina Griffiths, a local high school student, was one of the grieving. Among those who took their lives was a close friend who had been a member of a youth peer-support group with her. “We’re a small community, so that touches everyone,” Griffiths says. “Everyone knows someone.”

After the suicides, roadblocks kept popping up for Griffiths and other teens trying to address the crisis. They applied for funding for more peer-support programmes and got denied. Even the meeting rooms they’d been using were closed off. Concerned that in-school discussion could prompt copycat attempts, the town’s high schools were not talking about the issue. “We felt like we’d failed,” Griffiths says. “I got so frustrated.”

Griffiths decided that teens needed to take matters into their own hands. She called a series of community-wide meetings and began campaigning for a broader community response to the deaths. “We’re always told as young people, these people, the adults, know better,” she says. “And I understand in many situations that might be true, but what I started to realise was we understood our pain better than they did.”

New Zealand’s teen suicide rate is shocking – the highest in the developed world. According to UNICEF’s 2017 report, the suicide rate for teenagers between 15 and 19 is 15.6 suicides per 100,000 people – twice as high as in the United States and about four times the rate in Britain. The suicide rate is in part driven by the legacies of colonisation: deprivation, community breakdown, and high rates of incarceration among the indigenous community. According to data from 2018, the suicide rate among Māori men across all age groups was around 1.7 times that of non-Māori.

In the Far North, where Griffiths lives, the problem is even more acute.

By the end of 2016, Griffiths had won $10,000 in funding for a youth centre, expanded their peer-support programme, and propelled the conversation about youth suicide back onto the national stage. Griffiths won the Hits People’s Choice Award for New Zealander of the Year in 2016. Most promising of all, the suicide rate in Northland dropped 25 per cent, from 28 people in 2015 to 21 in 2016. Griffiths responded that the number was still 21 too many.

“My strength is to communicate things,” she says, laughing. “I’ve got a big mouth and why shouldn’t I use it?”