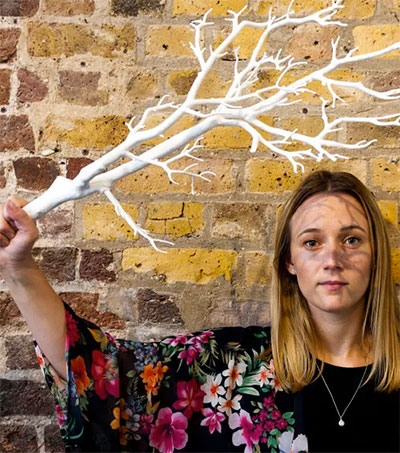 The Museum of Lost and Found Potential launches in London this week, marking World Mental Health Day with an exhibition that hopes to encourage empathy, action and even anger by showing what mental illness takes away – but also what can be retrieved if it is treated properly. One of the subjects is a New Zealander who has tried to kill herself a dozen times.

“I hope it will create some urgency,” Jazz Thornton told The Guardian.

Thornton is represented by a tree branch that saved her life during one of those attempts – and by a note she wrote to her future self during recovery on a psychiatric ward, entitled Dear Suicidal Me.

“These are tangible lives being lost,” Thornton said. “This will put a face to the statistics.”

Elisha London who, as chief executive of the group United for Global Mental Health, is the force behind the initiative, said: “This is the health issue that is killing our young people. Suicide is still illegal in 45 countries. Sierra Leone has one psychiatrist (for 7 million people).

“There is a lot of talk but the action is disproportionately low. We will take this to places where leaders are gathering, so that they touch it and feel it.”

Encouragingly, some of the subjects appear well on the road to recovery or at least to some acceptance and accommodation of what has happened to them.

For others, artefacts on display speak of their lowest ebb.

The exhibition is at Unit 6, Covent Garden, London, WC2H 9JA, until 15 October and then travels internationally.