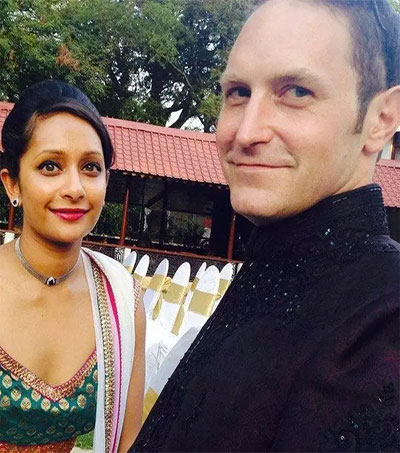 Rob Bell’s Wife Is on a Mission to Unite London

After her husband Rob Bell’s suicide, journalist Poorna Bell realised that for all its dazzle, London can create a perfect storm of isolation. In an article for the Evening Standard she writes about her drive to harness human kindness and build a more connected city.

“My experience with loneliness in London is one of the reasons that compelled me to write a book called Chase The Rainbow about what my husband Rob and I had been going through.

“In 2015, Rob killed himself six months shy of his 40th birthday. It’s a story all too familiar these days because suicide still remains the biggest killer of men in the UK under 45, but it is still a death predominantly spoken about in whispers.

“He was a New Zealander but I don’t know anyone who was more London than Rob, nor a person of such intense contradictions. He bought tickets to Mahler at the National Festival Hall, frequented the anarchists’ bookshop in Whitechapel, walked our dog Daisy on Streatham Common, and knew the exact tree where you could spot baby owls in St James’s Park.

“When I realised that the taboo around suicide meant that no one really felt comfortable with me talking about his death, I thought, ‘This is part of the problem, and this is why so many people feel as if they are going at it alone’. So I wrote it to educate and start conversations but also to provide comfort. I have since received letters and texts that it has got couples and families talking to each other about being men, depression and people they have lost to suicide.

“In the undertaking, there was a lot I learned about the complexities of men and this current event horizon we are hurtling towards. Rob undeniably had some serious health issues but none of that was helped by the fact that he was never able to talk about his problems.

“What I realised is that men not being able to talk about their problems is not trivial. Loneliness killed my husband. He felt it despite being loved by his family, his friends and me. It’s toxic and unrealistic to expect a person to hold all their worries and failures inside – yet we expect it of men as a default – and it serves as one of the main explanations as to why the suicide rate is so high for men.

“From a personal view, the biggest thing I have learned with Rob is that no one has it all figured out. Every person in this city struggles with something hidden behind the scenes, and the loneliness that generates has to be something we recognise and tackle.

“I know from personal experience that when Londoners take on a cause, we can achieve some incredible things. I’ve witnessed many small acts of kindness, and seen the bigger acts when thousands of us take to the streets to protest against injustice.

“If we can harness this, the very best aspect of ourselves, maybe we can one day be known for our ability to reach out the hand of human connection, rather than a city of lonely souls who feel silenced by the challenges going on within their lives.”

Rob Bell was a freelance writer for Environment Analyst and editor of Contaminated Land Bulletin (CLB) for eight years from its launch in 2006.