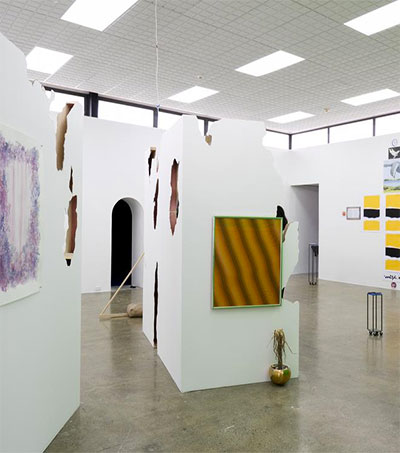 Are millennials equally lost and lamentable the world over? A recent trio of forward-looking exhibitions in New Zealand, including New Perspectives, suggests that youth remains a truly international – and consistently problematic – art-world obsession. Editor-in-chief at The Pantograph Punch, Lana Lopesi tracks down the millennial artists confronting generational stigma.

The media thrives on labeling people, but so does the art world, Lopesi writes for Vice magazine. Over the past year in New Zealand, we’ve seen curators jump aboard the millennial gravy train, with a number of recent exhibitions seeking to define how the generation’s art looks and feels.

The first of these was last spring’s New Perspectives at Auckland not-for-profit Artspace, which trumpeted the ambitious, albeit nebulous, intention to “distill a panoramic picture of young artistic research and production in Aotearoa.” The 21 artists were selected by the gallery’s curatorial team of John Mutambu and Misal Adnan Yıldız with help from Simon Denny, through an open call that attracted 120 proposals. Denny, a New Zealand artist currently based in Berlin, was the country’s representative at the 2015 Venice Biennale. He’s also, along with Mutambu, a millennial.

New Perspectives was, perhaps predictably, overwhelming, and pushed the gallery’s physical capacity to its limits. But it was astutely considered, too. Metro magazine critic Anthony Byrt opined that it showed “just how dangerous and pointless it is to tar an entire generation with a single, vicious brush. At the same time, and somewhat contradictorily, it also makes a bold generational statement.”

One result of current political volatility is emboldened artistic practice, in which irony and ambiguity have surrendered ground to more direct strategies. Perhaps painting a generation in broad strokes when it labours under such a heavy inherited social burden, and remains in such a vulnerable position, is counterproductive. Why don’t we just let it work?