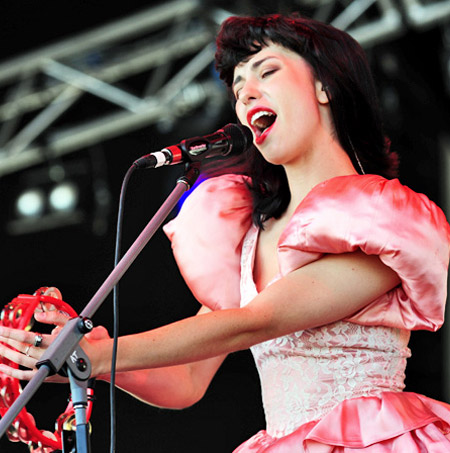 New Zealand singer-songwriter Kimbra has been spotted on one of the world’s most well-known streets and has been seen with some of its most famous residents – Elmo and the Cookie Monster.

The effervescent star has recently filmed a short video with the Sesame Street stars in which she explains to the famous blue monster what cookies are called in New Zealand (biscuit) and learns how to eat a cookie like a ‘professional’.

Speaking from her Facebook page Kimbra said the experience was one of her year’s highlights:

“Met some amazing people this year but Cookie Monster might just take the cake, or the cookie I should say. Took a trip to Sesame Street studios to learn how to NOM NOM NOM from the master himself. What a trip!!”