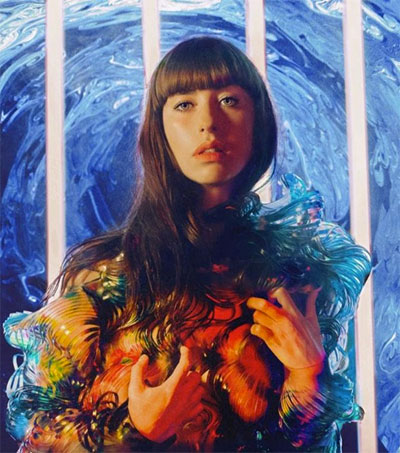 Kimbra Returns on Top of the World

New Zealand singer Kimbra’s lastest single Top of the World, which will be included on her upcoming album Primal Heart, is reviewed in The Michigan Daily.

“Kimbra is growing with her music, and the music video for her second single, Top of the World, shows this clearly,” Clara Scott writes for the newspaper.

“In the video, Kimbra’s contorted dance moves shudder to the harsh beat of the song as she sings in a matrix of four stone pillars, teetering in a dark, desolate landscape. Though the minimalist setting seems too simple at first, Top of the World’s entrancing sound follows the artist through black, edgy costume changes and increasingly complex lyrics and tempo. She seems witch-like, but almost more powerful than that, as the chant-like verses continue into thumping chorus after chorus.

“In a way, the video almost exactly mimics the emotion and primal beat of the song, evoking the dark empowerment detailed in its words. Repeating again and again, ‘I’m on top of the world / See me top of the herd,’ the artist pushes forward into the space around her. As the columns around her start to shake and fall while the song advances, it becomes clear that Kimbra means business – she is truly on top of the world, ready to make her mark in a world that once held her down.”

Kimbra, 27, is originally from Hamilton.