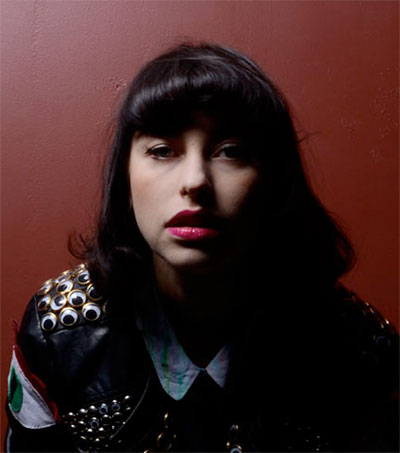 Grammy-winning artist New Zealander Kimbra will headline the US music festival, Tachevah: A Palm Springs Block Party, on 15 April outside of the Spa Resort Casino.

The Desert Sun reports: “Kimbra, now living in Los Angeles, sang a haunting vocal with Gotye on the 2012 hit, ‘Somebody That I Used To Know’. It won Record of the Year and Best Pop Duo/Group Performance awards at the 2013 Grammys.

“The electro-pop artist first came to attention outside of her native country in 2011 when her debut album, Vows, was released in Australia. Her single, ‘Cameo Lover,’ went on to win an Australian Recording Industry Association Award. The album was released in North America in May 2012 … It reached No. 14 on the Billboard charts.

“[Kimbra’s] second studio album, The Golden Echo, was released [in] August [2014]. She [has] announced a live, stripped-back single from that album ‘As You Are,’ featuring Van Dyke Parks and an eight-piece string section.

“Last year’s free block party drew almost 10,000 people … the city of Palm Springs is planning for more than that this year.”

Hamilton-born Kimbra, 25, will also perform at Coachella Valley Music and Arts Festival in California on 10 and 17 April.