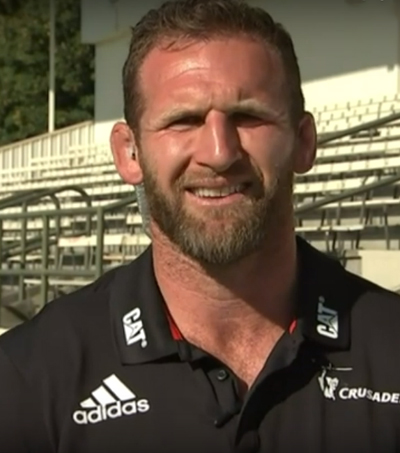 Kieran Read to Play for Japan After World Cup

“All Blacks captain Kieran Read has signed up to play with Japanese club Toyota Verblitz after this year’s World Cup, bringing an end to 13 seasons as a professional in New Zealand.” Ian Ransom and Jack Tarrant report for Reuters.

“Although the 118-cap enforcer had long been linked with a big-money move to Parisian club Racing 92, he said he was mindful how his battle-weary body might stand up to the strain of a full season in Europe’s top leagues.”

“With three kids and a family, (Japan) is a lot closer to home,” Read told a media conference in Christchurch on Wednesday.

“And for my age, and my body, in terms of the amount of footy you play there compared to Europe and the UK. They are probably the main reasons. It offered something pretty unique to be there, and enjoy a slice of Japan life.”

“Before heading off for the World Cup, Read will also hope to help the Canterbury Crusaders to a third successive Super Rugby title once he returns to the team after another three weeks or so.”

“I think it is always hard leaving a place that I have been a part of for a number of years, 13 years or so,” he said.

“So that will be hard when I get to that point. Right now, to be honest, it just a decision being made and I am sure when we get to the end of the season with the Crusaders and All Blacks there will be different emotions coming on then.”