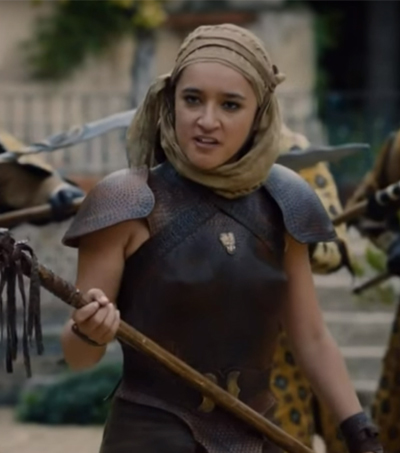 Kiwi actress Keisha Castle-Hughes, who plays Obara Sand in “Game Of Thrones”, said that she felt really nervous and excited when she was given the chance to act against the character of Jaime Lannister (Nikolaj Coster-Waldeau), as reported in Movie News Guide.

Castle-Hughes, who loves George R.R. Martin’s book on which the “Game Of Thrones” is based, told Entertainment Today that she felt a deep connection to each and every character.

When she was cast on Game of Thrones on the same day that the character of her father was killed by The Mountain, she could sympathize with her on-screen father in the last few moments of his life.

The actress recalled not being able to let go of the hands of her fellow actor Jessica Henwick, who plays Nymeria Sand in the show, because she was so excited and nervous, as reported in the article.

“She said both herself and Jessica were nervous and trembling with excitement when Nikolaj (Jaime) and Bronn (Jerome Flynn) came over to them for introductions.”

Castle-Hughes’ character Obara Sand, is the eldest of Red Viper’s eight bastard children and is a brutal assassin who is well trained in killing.