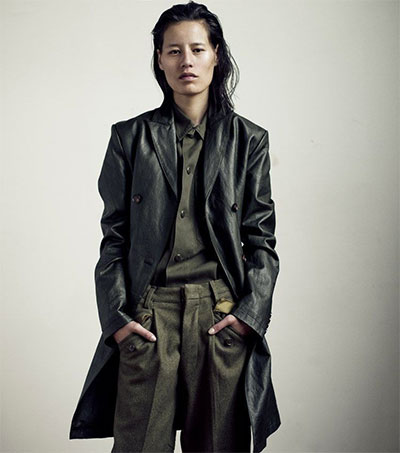 New Zealander Makeda Soper-Wirangi, 20, was browsing a pharmacy in Melbourne in 2013 when her life changed forever. Scout Phoenix Michael Darley spotted Soper-Wirangi and asked if she had ever considered modelling.

“I saw this guy staring at me, he kept looking at me and then he just came up to me and asked if I had ever modelled before,” Soper-Wirangi told Mashable Australia. “I thought he was joking at first, until I went the next day and there was a contract and everything. It was so unreal that he approached me.”

She went home to talk to her parents about the strange encounter. The next day she signed a contract with Darley’s company, Iconique Management. Two weeks later, she was on a plane to New York going to castings and hanging out with models.

The insane chain of events has sent Soper-Wirangi, known now by her model name “Keda,” hurtling onto catwalks in the Big Apple.

It wasn’t an easy few weeks, with Keda needing to learn how to walk, act and wear heels like a high-fashion model. “He taught me how to work the camera, to walk – my walk was so terrible at the start, so bad,” Keda said. “I never thought I would be walking in high heels and then he is teaching me how to walk like a model in stilettos.”