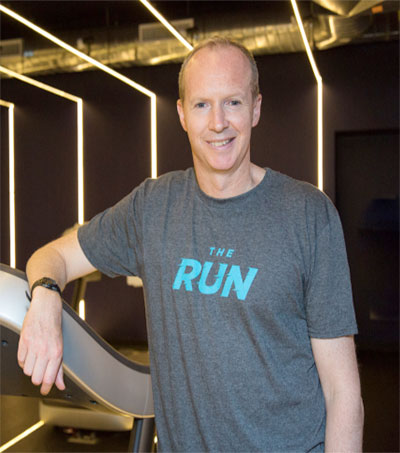 John Henwood’s NY Fitness Studio Not Run of the Mill

New Zealander John Henwood, a former Olympic runner and prominent name in the New York running community, has created the SoulCycle of running with TheRUN, a boutique treadmill studio in the Big Apple’s Flatiron District.

At US$34 each, the classes take runners through heart-pumping, admittedly exhausting interval training, as well as toning exercises like lunges and planks – all with the help of the treadmill. But between the music and the instructors’ motivation, Henwood hopes his clients can forget they’re working out.

Henwood is the first to admit TheRUN is inspired, at least partially, by US fitness company, SoulCycle. He was struck with the idea, in fact, after trying one of the elite cycling classes first-hand.

What sets his studio apart, Henwood said, are its high-tech Technogym treadmills. On some treadmills, runners have to manually adjust the belt’s speed and incline using buttons or levers.

“Even me, as an Olympic runner, I was heading out of SoulCycle class thinking there’s no way I could pedal that aggressively without the awesome instructor and the great music,” he told the Observer in TheRUN’s cleanly-designed lobby, bright in comparison to the intimidating treadmill room. “That’s the experience I want to bring to TheRUN.”