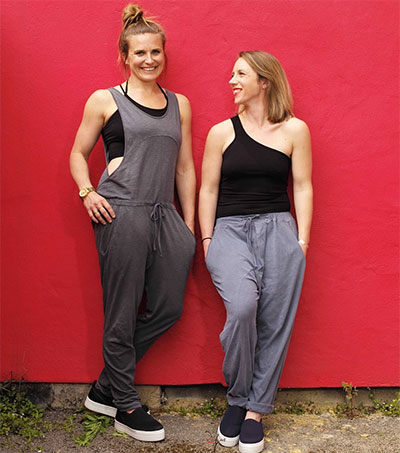 New Zealander Joan Murphy (pictured left) and Briton Pip Black, founders of Frame gym, explain to the Guardian how they have revolutionised London’s attitude to exercise.

It’s 8:30am on a Wednesday morning and Joan Murphy and Pip Black have spent the last hour bouncing around outside Kings Cross, leading 350 people (mainly women) in a Nike X train class. It’s part of a new collaboration between the fitness brand and their company, Frame, an exercise studio that launched just over seven years ago and redefined the idea of working out in London.

Running classes such as ‘80s aerobics and music video, Frame brings an element of fun and excitement to the ever-expanding fitness market. Rather than simply go to a class and workout, Murphy and Black wanted to create a lifestyle brand, to turn exercise into an event.

“We were going to the gym and just found it boring,” Murphy says.

“We wanted something that would appeal to women,” Black adds, “but also to people who were into fashion or music.”

Rather than aping the fitness industry as it then stood, Murphy and Black set out to redefine it by getting rid of all the things they didn’t like. Despite pressure from bankers and industry commentators, they resisted a purely subscription model instead offering classes on a pay as you go basis.

As first time entrepreneurs they’ve had to learn a lot on the job, particularly when it comes to disrupting an industry that had run on the same model for decades.

“We’ve spent a lot of money building things because we’ve been ahead of our time,” Murphy says.

They’ve grown organically over the past seven years, starting with one studio in Shoreditch (“when we first opened we didn’t bother running classes on a Sunday, we knew everyone would be too trashed” – Murphy), they now have two London sites and a third opening in Kings Cross in October. This growth doesn’t mean they’ve abandoned the scrappy, start-up mentality that made Frame a success to begin with. They’re still looking for things they can disrupt or improve on.